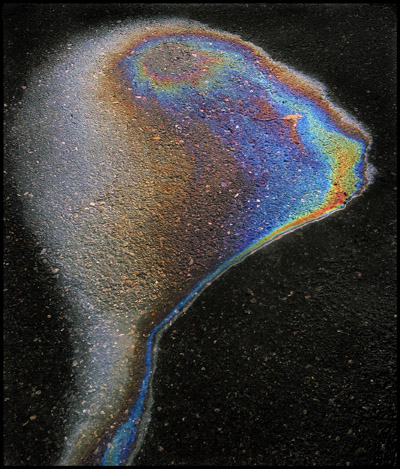 
THE OCEAN'S BEEN SO CALM
by Mike Maguire

He replies with shouts and I veer away a few feet to let the sea air muffle the noise.

My brother believes he has a camera in his eye and a speaker and microphone in his ear. He says the camera and microphone transmit to a website, the most popular on the internet, where millions follow his life. The speaker is how his tormentors talk to him.

I awoke last night to him standing over my bed. He asked, "Why do you look away when you eat?" and walked out. Tonight I'll lock my room's door.

The brother we are on the way to visit believes he lives with a multitude of ghosts. He says the ghosts speak to him often and that, for their sake, he must live by very strict rules.

We reach the house. As the handwritten sign on the front door requests, we do not knock, but yell.

Our brother comes out and says a quiet hi through his guru's beard. He has spoken little over the last fifteen years and words are a strain.

We sit. I get the rocking chair and rock as they talk.

"We brought you some magazines."

"No, thanks. I'm not allowed to read those."

"You should've come at the top of the hour. There's less possessors then."

"The time doesn't matter, there's no such thing as possessors."

"That's what you think, but I'm talking to them right now."

"That's the implant in your ear. We've all got 'em. You're misinterpreting the stimulus."

"Wanna bet? How much you wanna bet? I'll bet you a million dollars and you can pay me in the next astral plane."

I used to argue with both of them. I gave up.

My brother's neighbors have complained about his house's state of repair. They say all the overgrowth makes it look abandoned. I think about that as I watch a lime green tree frog climb up bricks and through vines..

On the walk back I say, "Don't forget, tomorrow is your dentist's appointment."

"If I decide to go," my brother says.

"Why wouldn't you go? He has to finish what he started last time."

"I don't like him very much. He's a robot. I'd rather have someone human do it."

"Robot dentists are the best kind," I say.


All Contents © 2004
The Heat City Literary Review
All Rights Reserved