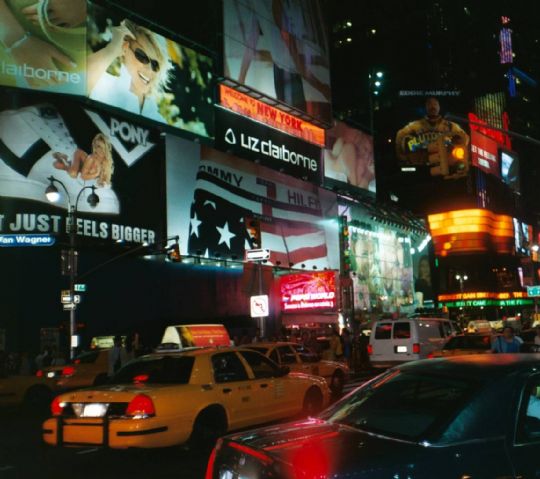 "Customer," Cindy said. "Time to get up and do your job." She looked at the girl who had come in the door, then walked to the back of the restaurant. Josh hid his beer in the speed rail and ran a rag over the bar. Mike stood up. He wiped gravy off his beard, and smiled.

"One," said the girl. It was raining outside. Her straight brown hair was matted to her forehead. Her clothes - baggy blue jeans, sneakers, a black wool anorak - were soaked.

"Forgot your umbrella, huh?" said Mike. He smiled. The girl didn't respond. Mike looked at Josh who was still doing his bartender routine, smiling and ragging the bar. "Hand me a wine list from back there will you?" Mike said.

Josh reached into a small wooden slot fitted onto the speed rail, pulled out a menu and a wine list, and handed them to Mike. "There you go, sir," he said. Mike rolled his eyes. He turned back to face the girl.


Mike walked a few tables into the restaurant and placed the wine list and menu on a two-top between the bathroom and front door. He noticed the candle at the table had gone out. He reached down a hand, lit the candle and cleared away the extra place setting, then turned to face the girl again. She hadn't followed him.

The girl stood still in the doorway.

"Is this table going to be o.k. for you?" Mike said loudly. He didn't want to bring her too far into the room. It was late. The busboy would want to put the back chairs up soon. "Unfortunately I don't have anything available farther toward the back."

"Oh, it's fine," the girl said. Her smile was slow and lazy. She didn't move from the door.

"Well come on in then," Mike said, his voice still friendly and loud. He gestured the girl forward with a wave of his hand. Her smile broadened. She walked to the table then stood next to Mike. Her smile stayed on her face. She stood there.

And the girl was pretty, Mike noticed. He face was round and clear and simple. Her eyes were blue and big. She was in her early twenties, but she carried herself like a kid; gangly and innocent and young. Mike wondered what she would look like with a dress on and her hair pulled back off her face. "You want to sit?" he said.

"Yes," the girl said. "Yes I do want to sit." She slumped into a chair and looked up at Mike. "Do you have cocoa?" she said, and held her face in her two small palms.

"No we don't," said Mike. "We do have coffee and herbal tea and cappuccino though." He took the wine list off the table. "You've been doing some drinking tonight, huh?"

"Well that's all right," said Mike. "I'm not going to be able to serve you any alcohol though. I hope you don't mind."

Mike watched her head droop then catch itself and come to rest again in her hands. "Let me give you a nice cappuccino," he said. "It'll make you feel less misty."

The girl giggled. "It's nice feeling misty," she said.

Mike walked back to the kitchen to find Cindy. She was dipping bread into a sautè pan filled with lemon-cream sauce and talking fake Spanish with the Ecuadorian cooks. "I didn't mean to interrupt you," Mike said. "I didn't realize you were working."

"Yeah I was working Mike," Cindy said. "My new job is to eat lots of cream so I have a nice big fat culo for my mucho macho hombres in the kitchen." Cindy patted her ass. The Ecuadorians laughed.

"That's great," Mike said. He tore off a chunk of bread and put it in his mouth. "Do me a favor," he said. "Make sure that girl I just seated doesn't get anything to drink. I think she's pretty fucked up already."

"I'll say she's fucked up," said Cindy. "She could barely make it to the table."

"Well, she's sweet though," Mike said. "She's not obnoxious or anything." He tore off another piece of bread, dipped it in a tin of mashed potatoes, and put it in his mouth. "I'll go make her a cappuccino so you can stay in here and tease the boys some more, but take care of this girl. Don't give her anything to drink."

Mike left the kitchen. He walked through the narrow dining room. The fabric covering the banquet that ran up to the door was dirty, he noticed. It looked gray instead of pale blue. The low tin ceiling was dusty and dull.

Mike ducked into the coffee station next to the bathrooms. He measured a shot of espresso into a cup and began steaming a pitcher of milk. He saw Cindy walk toward the girl's table then disappear when she got past the doorjamb. She had rolled her eyes and mouthed the word 'freak' as she passed.

Mike stood and stared forward while the milk steamed. He counted to eighty. When it was done, he spooned milk foam onto the top of the espresso. Then he took the cappuccino and a sugar caddie to the girl's table. "There you go," he said.

"Mmmm," said the girl. She looked up at Mike. "Where's the bathroom?" she said.

Mike pointed at a blue door a few feet away. It had a hand-painted sign on it that read 'washroom'. "There," Mike said. The girl giggled, stood up, and walked in the other direction. Mike took her arm and turned her around. "I'll give you a hand," he said. He walked her to the door then watched her walk in and shut the door behind her. He stood a few feet away. He listened to hear if she was getting sick. It didn't sound like she was.

Cindy walked by again. She was holding a chopped salad. "How's your girlfriend," she said.

"Jesus, Cindy," Mike said. "Could you show a little compassion?"

Cindy put the plate down on the girl's table. She raised an eyebrow. "Not for her," she said. "This girl is doing something to herself, Mike, and it's not just having one too many cocktails." She stopped for a moment then started up again. "If you think she's this fucked up from drinking, you're wrong." She turned and walked to the bar.

Mike heard the toilet flush. Then he heard water. The girl walked out of the bathroom. She saw Mike and smiled. "Where is my party?" she said.

"You came in alone," Mike said.

"Well then," the girl said, and smiled. "I guess I should probably eat something."

"You've already ordered," said Mike. "Your food is ready. It's at your table."

"That was fast," the girl said, then laughed.

Mike led the girl back to her table, sat her down, and went to the bar. He told Josh to get him a beer and a shot of Crown Royal.

"Dude, what's up with that girl?" Josh said. "She's a fucking wreck. I didn't think she was going to make it to the bathroom."

"She's a junkie," Cindy chimed in. "We shouldn't have given her a table."

"She's a mess, Dude," Josh said. He smiled and asked Mike if he had gotten her number.

Mike drank his whiskey and swallowed some beer. "She's a mess," he said. "But she's really sweet. She isn't mean or stupid or anything. She's just a mess right now." He paused. "She'll be fine," he said.

Josh gestured toward the girl with his chin. "Dude," he said and laughed. "You have to turn around and see this. She's going to eat her money."

Mike turned. The girl was spreading butter on a five dollar bill she had flattened out on her palm. Mike stood and walked to her table. He took the bill out of the girl's hand and put it down beside her plate. "You don't want to do that," he said. "You don't want to eat your money."

"I wasn't going to," said the girl. Her voice was clear.

"Then why were you putting butter on it?" Mike said

"Because everything tastes better with butter," said the girl. She looked up at Mike, kept looking at him, then laughed.

"No I wasn't," said the girl. Mike noticed her eyes. They were sparkly and her lashes were thick and long. She seemed happy and young to Mike.

"Where do you live?" Mike said. He knew Josh and Cindy were watching him, listening to him from the bar.

"I live on Ninety-third street," said the girl. "Over on the east side."

"Well we have to get you home," Mike said. "You can't be walking around on the street this way." He asked if the girl had money for a cab.

"I don't know," she said. Mike noticed a black wallet in the wide front pocket of the girl's anorak. He reached into the warm pocket, took out the wallet, and opened it. The girl had forty dollars in crinkled small bills.

The girl stood up. "I still feel all misty," she said.

"Yeah," Mike said. "But you have to be safe, too." He led the girl outside. "That's the thing," he said. "You have to watch out for yourself even when you're misty."


When Mike came back inside Josh set him up with another shot and another beer. Cindy sat cross-legged on a barstool. She ate a piece of apple pie and smiled. "So did you get her number for Joshy-Josh?" she said.

"Dude," Josh said. "You never should have seated her."

"Shut up Josh," Mike said. "She needed a place to sit. She needed some place to go, you know?"

"You need some place to go, you loser," Cindy said. "The both of you do. You're both drunks and losers."

Mike drank his shot. He looked around the restaurant. It was empty.

"Fuck you Cindy," Josh said. He opened a beer. "You're just bitter because you're old and fat and you never get laid and you're going to be a waitress all your life."


All Contents © 2004
The Heat City Literary Review
All Rights Reserved